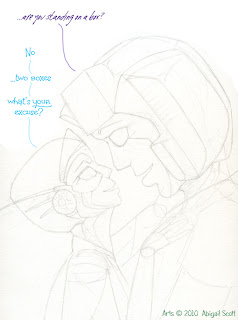 Hey, would you look at that. She is pocket-sized. 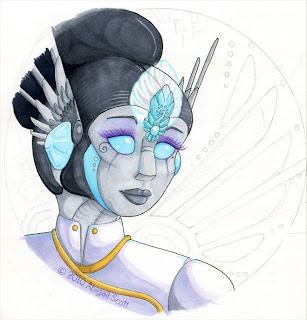 Celerity
Strangely-proportioned blobby markerwork. The "wings" in the background I planned to finish in Photoshop, buuuut I need more practice with that at the moment! XD 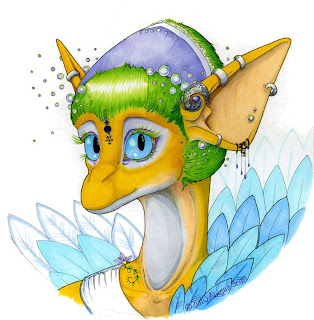 ...All right, two chapters and one short. It's the same difference!

This has been "mostly written" since the end of July, but because Skywarp is a speshul snowflake with an overblown sense of entitlement, it's taken me this long to get it finished enough to post.
Rasa's little group are still busy slogging their way North to Stolica-Sostine; Slipstream and Mirii have little better to do than "get to know each other a little better". (Or, try and fend off awkward feelings that might get them into trouble.) Wen, on the other hand, in the Nuori-Deuchainn Pit, is beginning to let her true colours show through.

All right, this has been uploaded for a week or so, but I wanted to get another couple of things together to post with it!
It's really not fair to just expect someone to want to jump into the operating theatre after missing such a big chunk of his life - especially when the surgery means you might not be able to go home so easily as you want.

Poor Pulsar. She should have known that the prospects of getting any study actually DONE while there was a Skywarp in the house were going to be fairly slim... (Just some silly, Mary-Sue-ly fluff! WITH GIANT ROBOTS, woo. XD)
Posted by Abi Scott at 19:10 No comments: